Holly: Spelling upside down, vision issues, and tantrums over reading 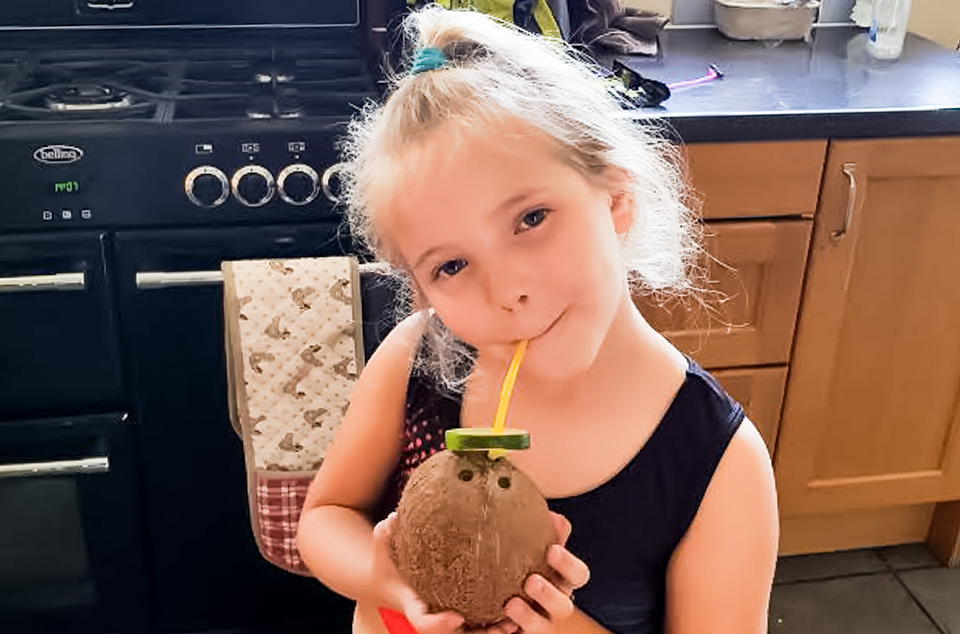 What were the struggles before Easyread?

We were first aware of Holly’s vision difficulties at the age of 3 and a half. The problem has been getting her prescription stabilised, and as a consequence, getting new glasses every three months! She was always and still is an enthusiastic and energetic little girl who loves art and playing with others.

Although she met all her EYFS goals at the end of reception, I started becoming aware that her reading wasn’t as fluent as my son’s was and her spelling was bizarre. By this point her vision had stabilised and it was clear that the reading and spelling difficulties were not just simply her vision.

In Year 1, February 2018, Holly was becoming frustrated- she couldn’t just read books like her brother in bed. Every word in the hellish reading scheme her school sent home was tricky. She would over use picture cues, guess the words- Yes! she had developed these cover up skills by the age of just 6. Avoidance, tantrums just before reading time- she knew them all!

I think learning her spellings each week was the single most difficult thing I have ever had to do. My husband, however was having great success with he r- teaching her spellings upside down each week! Bingo… this is when I knew that she probably was dyslexic.

School were telling me that by now she was behind in her reading and writing and would not pass her phonics screening test and she would be below national expectation for her age.

Yes – I was heart broken and desperate for help. I took her to a behavioural eye specialist (looked at what was happening between her eyes and messagess to the brain). She concluded that although Holly was too young to give a formal diagnosis and was the youngest child she had ever felt she could diagnose – she was 99% sure she was dyslexic. She needed to go on a dyslexic intervention straight away. The one that she suggested didn’t sit right with me. It was hugely expensive and meant more time in a classroom. So I started my research. Firstly, to understand Holly’s barriers and secondly to find the right tool for the job.

How has Easyread helped?

Easyread was like my wedding dress – I just knew it was right straight away. I was able to speak to David directly and ask him questions, which I liked and there was a free 10 day trial. I looked at my monthly outgoings and got rid of a few things to pay for it (I haven’t missed those things once).

It is important at this point to mention that we were 100% dedicated to this and still are. Even Easter Sunday she did her 10 minutes, we took the laptop on holiday and we made it part of the morning routine.

It has worked mainly on Holly’s decoding, but also her eye tracking and even helping her to touch type. It is online and easy to follow, the games are fun and the prizes that come through the post are a wonderful incentive.

What were the results?

Skip forward to last week (end of year 1) and 5 months after starting her lessons. Her teacher called me in for a ‘chat’!
She was a little lost for words as was the SENCO; they had never seen progress like it they had told me. She had smashed her phonics screening test gaining 38/40 and had been assessed as being at national expectation for her age- and yes I cried!

Next steps for us: Simply to carry on with her lessons. She is on lesson 132 and the encoding (spelling) will start to be taught soon. However, because she is decoding correctly now her spelling has already started to improve.

I don’t feel stressed about her any more. I have a tool and it works.

I have no words to express the thanks and support David, Sarah and the team have given me. Holly now enjoys sitting up in bed reading to herself now- this is the biggest joy to watch.

It will work if you work. Simple.