Skipping of words and lines

This saccade movement is probably the most complex and delicate muscle movement that the body does and we find around 25% of the children on the Easyread visual phonics course have some level of difficulty with it or difficulty with convergence of the eyes.

If your child can read single words well but really struggles with lines of text, it is a good indication of some eye-tracking difficulty. And if the eyes are not able to converge and focus comfortably on each word, reading will be badly affected.

At the back of the brain is a region of cortex called the cerebellum. It is about the size of a squished tangerine, but it has half the neurons in the entire brain.

It is a very critical part of the brain because it acts like a filter and moderator of sensory inputs and motor neuron outputs. All our senses are pouring information into the brain all the time and the cerebellum helps decide what gets priority treatment and what doesn’t.

We have the obvious five senses, but a sixth sense is that of our own body. The very fastest neurones in the body are feeding back information on the position and tension within each muscle.

The brain works on what is effectively fuzzy logic. It compiles thousands of sensory nerve inputs to decide on what actual sense you are conscious of. And in the same way, it is sending thousands of nerve signals to muscles in order to get just the adjustment that you want.

In the latter process there is motor neuron cortex in the top middle of your cerebral cortex that indicates the muscles to be activated, but the cerebellum moderates the signals sent to get the precise control needed.

That includes the movement of the six extra-occular muscles around each eye.

If you ask someone to look for something around a room, you will see that their eyes do not scan smoothly, but jump from spot to spot. An area of the cerebellum called the flocculus is helping to control that process. If it is not working well, then scanning text is hard.

In addition, if the two eyes are not converging to look at exactly the same spot, the images passed back to the visual cortex will not lay over each other, which causes problems in the primary visual cortex. It is a sandwich structure with three layers from each side of your vision. If the two images are not a good match the brain has to blank out one image, which is exhausting and can lead to the development of a lazy eye.

You can do more research on this online. Here is a recent study of this phenomenon from the University of Waterloo.

The symptoms of eye-tracking difficulties

The key symptoms are:

The solutions for eye-tracking difficulties

Most of us don’t need to perform like top flight sportsmen, but we do need a cerebellum functioning reasonably well. And that is easy to achieve by exercising it.

So, if your child displays the symptoms of this problem there are a couple of things to do.

First, check that your child is getting the right vitamins, minerals and oils. I do not take supplements as a general habit, but we did regularly give our children omega 3 oils. You can see an almost instant impact if there is a deficiency there. There are plenty of natural sources of omega 3 oil too. The reason that omega oils are important is that your neurons are coated in them and it affects their speed of operation.

Second, get your child to do a simple exercise to work the cerebellum:

We have found that the key is to do the exercise for just 20 seconds in each session, but 5-10 times a day. If you are not working the neurons regularly it will be very hard to see any improvement, but it will be life-changing if this is a problem for your child and you manage to do this exercise regularly for just a week or two.

We recommend a routine of 10x10x10. Ten times left-to-right, ten times a day, for ten days. 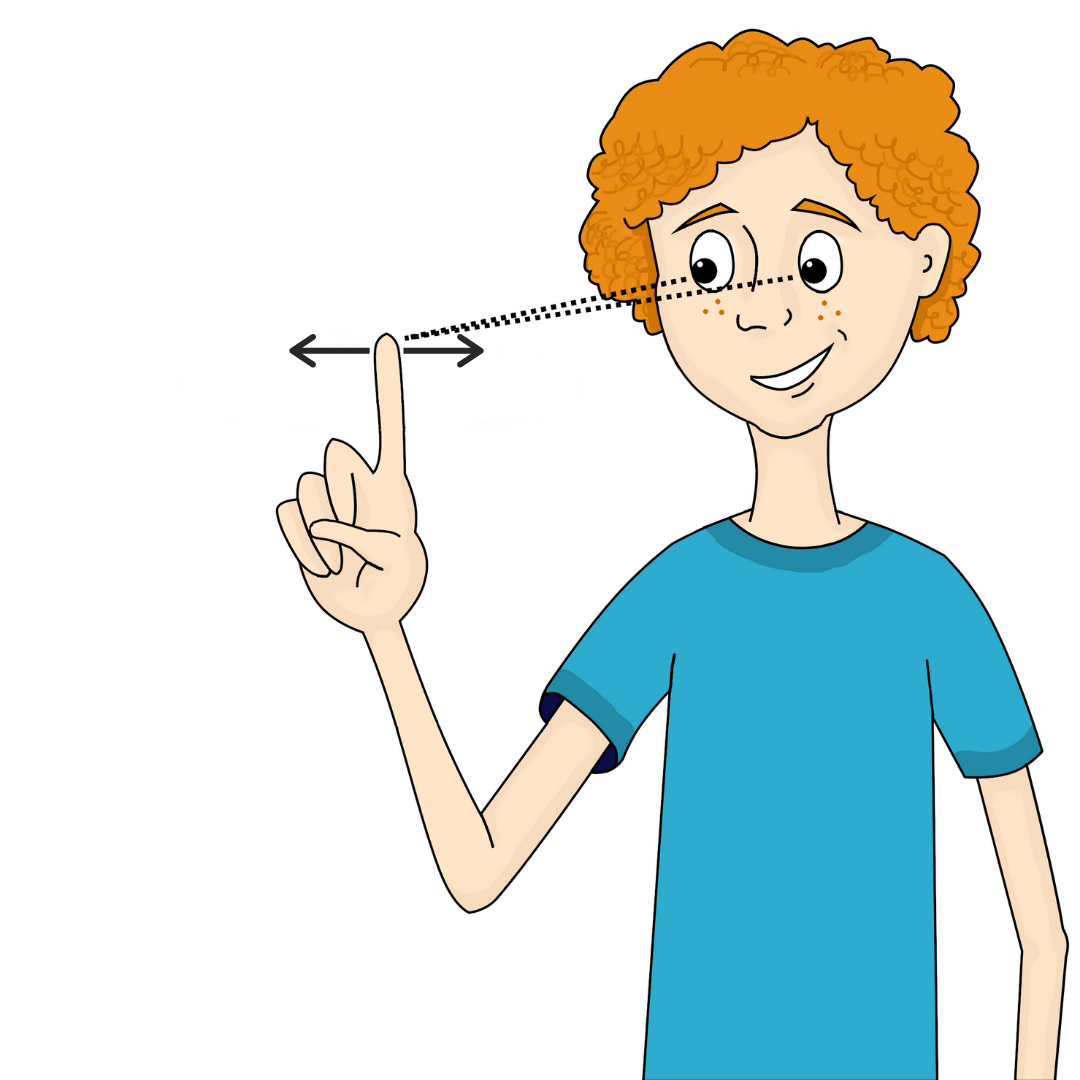 Here is a pdf for you to print out on this issue:

And here is a wall chart for you to print out, so that you can keep a record of the exercises you get done: