The latest news in literacy, child development, and all things Easyread View all posts 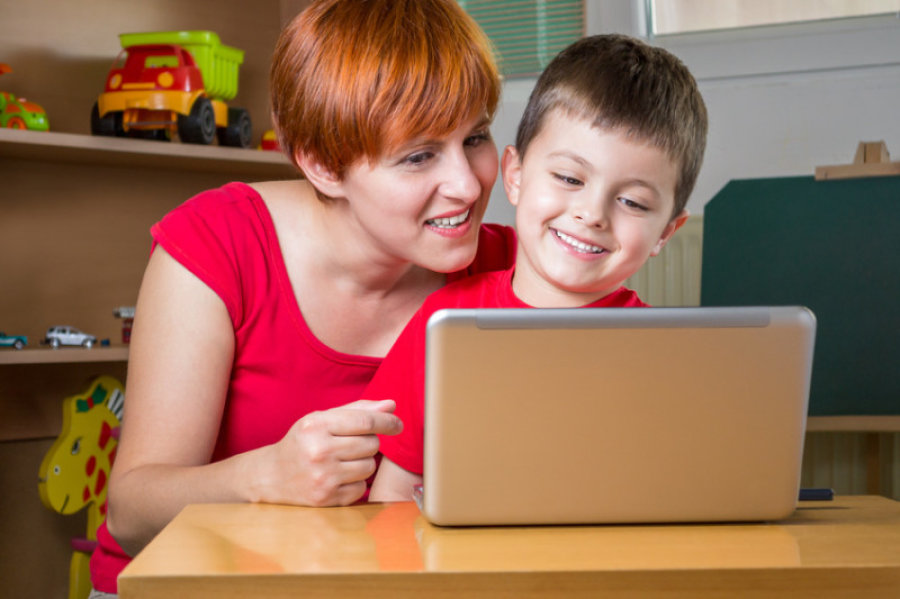 Learning Through Praise: How Much Should I Praise My Child?

Despite the academic and cultural debates over praising children, here at Easyread we take a positive but nuanced view of praise as a real step toward learning to read.

A debate has long raged about how (and how much) you should praise a child to help their development. After more than a decade of helping children learn to read, we have very specific views on how to get the balance right on this issue and how important it is. There has been a lot of research conducted on this question by academics such as Hinkley, Burnett, Gunderson, and Pomerantz, and such work has also spawned an industry of self-help books and TV shows that encourage parents to be friends and friendly with their kids, as well as the requisite backlash advising exactly the opposite. A recent piece from Today’s parenting team summed up the conventional wisdom nicely by taking from both sides: don’t over-praise, don’t use name-calling or sarcasm, and say your child’s name as often as possible.

Certainly it is a no-brainer that no parent should insult their child and even pop music knows that saying a name often is a sign of affection. But what about that first warning against over-praising? After all, what does it mean to “over-praise” a child? Does it refer to magnitude or amount? Is fulsome praise worse than frequent praise? While researchers have mostly come out against the former, a pop psychology consensus has emerged against the latter. And certainly there is a cultural component to this as well, with some societies more reluctant to praise children than others and even viewing it as a sign of child-spoiling.

Here at Easyread, we take a more nuanced and positive view of praise. As Carol Dweck — a professor and author on motivation — contends, “the right kind of praise motivates students to learn.” This is the aspect of child-praise that most pertains to the work we do, and one that is sometimes overlooked in the debate over to praise or not to praise. Our position is that praising the child is important, not just for self help reasons but more importantly, as a motivational learning tool. And the best way to maximize the advantages of praise while minimizing its disadvantages is to balance magnitude and amount.

For instance, we have found that when a child is doing the lessons, it is important for him/her to hear consistent praise throughout that lesson. A recent study by the British Psychological Society found that regular parental praise can improve a child’s well being. Yet such praise should be modulated; as the aforementioned academics Burnett, Gunderson and Pomerantz have found, the kind of praise matters, and Dweck argues, “the wrong kind of praise can lead to self defeating behavior.” If you begin a lesson by giving a child superlative praise, then there is nowhere else to go afterward but down. Thus we have found that it is much better to distribute praise to a child in a series of ascending steps (for example, “Yes…  Yup… That’s it… Good!… Excellent job!” as a task unfolds).

Since the parent must intervene at times to help the child or correct a mistake, we ask parents to follow the “Rule of 5” (i.e. to say five positive things to the child for every mistake-related comment). Indeed five seems to be good number for motivation with a recent study showing that children should be praised five times a day and a campaign called Five Praises has recently launched in the UK to promote precisely that. Our parents have often commented on how the Rule of 5 has helped their general parenting, away from the lessons.

At Easyread, we have both self-help and strategic reasons for promoting praise. On one hand, most children come to us after their confidence in reading has taken a serious hit, having heard educators and assessors tell them they are behind their grade levels, and having seen their peers reading in ways that they cannot. Since lack of confidence in reading can become a vicious cycle by discouraging the child from even trying to read which then leads to even less confidence, it makes sense to praise a child while they are doing our lessons in order to boost their confidence and break that cycle. This is why you will find that the voice on our program (provided by our director, David, in his wonderful British accent) provides a lot of warm praise throughout the lessons.

On the other hand, we have also found that if a child is not hearing their parent’s voice throughout the lessons, the child will interpret that moment of intervention as a stress trigger, through Pavlovian linkage. It is important to avoid the situation where the child is subconsciously thinking, “I am suddenly hearing mom/dad’s voice so I must have done something wrong.” Although the linkage can form for any kind of intervention, it becomes much stronger if you intervene in a negative and frustrated way.

If this persists, the child will begin to dread those moments in the lessons when the parent’s voice sharply interrupts the silence. Conversely, if the parent is consistently gently praising the child and he/she is hearing their voice as a steady background rhythm throughout the lessons, then the moment that the parent intervenes will just be part of that steady background rhythm rather than a stress trigger.

For us then, as learning facilitators, it is about consistent and modulated praise that both boosts confidence and alleviates stress. It is actually one of our golden rules we ask parents to follow to ensure they are getting the best possible outcome for their child. We prefer to call them affirmations rather than over-praise because they tend to be very low key; and we find that this approach can make a huge difference on the learning path for child and parent.