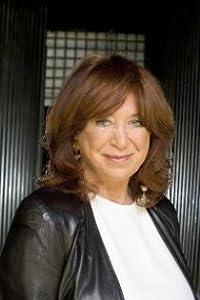 Lynda La Plante is an English crime writer best known for writing the Prime Suspect television series. Though she started her career as an actress, she discovered her flair for storytelling when she was 30, and her career took off.

And she has dyslexia.

Raised in Liverpool, Lynda struggled with reading and writing in primary school. In an interview she discussed the effect that her reading difficulties had on her.

“I wasn’t diagnosed until I was 12. In those days they thought that I was backward. I didn’t really feel at home with the written word until somebody gave me a typewriter. But, even today, I never send things out without having them checked by an assistant.”

She studied acting at the Royal Academy of Dramatic Art, and spent a decade performing onstage and in television.

But her real breakthrough came when she wrote the TV crime thriller Widows, about the wives of four deceased bank robbers who carry out their husband’s final heist together.

Since then, she has written novels and screenplays, and was awarded a CBE in 2008.

If she had one word of advice for struggling readers, it would be that “the key to overcoming it is never to allow it to dent your confidence.”

Sarah Forrest is a Reading Specialist for the Easyread System, a groundbreaking reading intervention for struggling readers. Find out more at www.easyreadsystem.com